In January 2018, our pediatric center became the newest location for The Salt Room ® in Central Florida.  Salt therapy is performed in this special spa-like room with salt-coated walls and floor, called a halochamber.  Pharmaceutical-grade salt is pulverized into microscopic particles and pushed into the room by a halogenerator.  This is why it is also called halotherapy.

Therapy involves lounging in this cozy room and passively breathing in the particles while listening to soothing music, reading or just relaxing in a zero-gravity chair.  Toys are provided so children can play with the salt in the room, much like sand at the beach.

As a safe and drug-free approach with no side effects, halotherapy has proven to be an effective therapy for many respiratory and skin conditions. It has become a critical part of our evidence-based integrative program.

The History of Halotherapy

As the saying goes, there’s nothing more basic or necessary than the “salt of the Earth”.  But such a basic therapy to heal symptoms of asthma, allergies, eczema and stress seems too good to be true.  The fact is, salt has been used therapeutically for thousands of years and appears in ancient texts including the Bible.  Even Hippocrates used salt in his protocols.

The first modern inquiry into salt therapy came in the 1840’s when a Polish physician documented the low rate of respiratory illness in salt mine workers.  He attributed their better health to the daily inhalation of salt particles in the mines.  Because of his work, speleotherapy (salt cave therapy) became a form of treatment in Europe.

This 100% drug-free therapy is effective, has no side-effects and may lessen the need for prescription antihistamines, inhalers and nasal sprays.  In fact, the New England Journal of Medicine published a study in 2006 that found salt inhalation is an effective complementary treatment for cystic fibrosis.  The antibacterial, anti-fungal and anti-inflammatory properties of salt have been documented to help with skin conditions such as acne, dermatitis and eczema.

Salt Therapy Provides Relief from Symptoms of the Following Conditions: 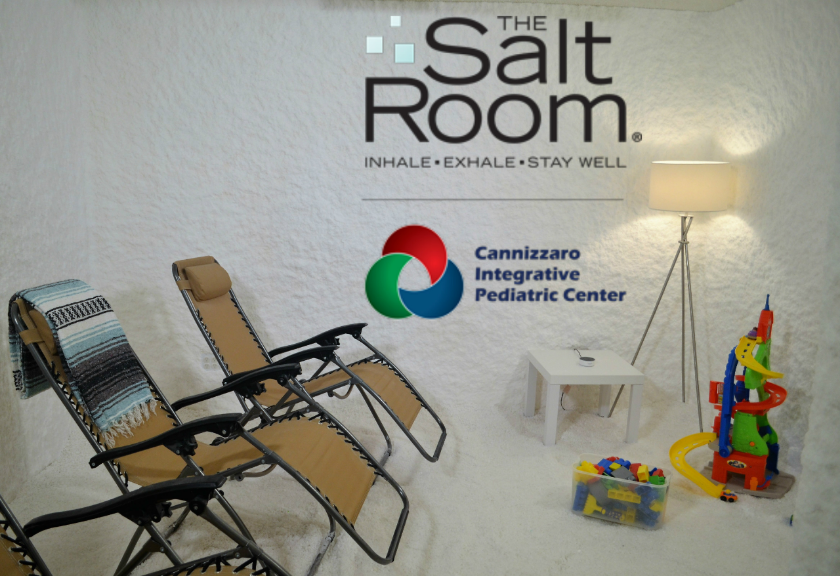 The Salt Room is Safe and Effective for All Ages

Kids can play in our salt room and adults can lounge in zero-gravity chairs while reading or resting.  Salt therapy is safe for all ages, even infants.