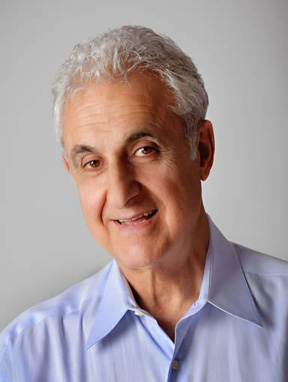 Known for his genuine compassion, Dr. Cannizzaro is dedicated to providing children and their families with healthier, happier and longer lives.  This is his mission and why he assembled the team of holistic practitioners at Cannizzaro Integrative Pediatric Center.

Dr. Cannizzaro advocates merging the technical side of medicine (evidence and science) with the human side of health care (mind and spirit).  He believes that doctors and patient-families should form strong healing teams that focus on illness prevention and resolution.  He also believes that the greatest gift you can give children and families is to teach them self-healing in order to achieve optimal physical and mental health and well being.

“I envision empowering individuals and communities to reconnect with nature and its role in healing; to recover the wisdom of our ancestors; to practice the art of living and care for and serve one another in the course of life’s journey.”

Dr. Cannizzaro’s own battle with cancer over 20 years ago fueled his passion for empowering his patients with the knowledge of and access to their innate self-healing abilities.  This inner strength can then be used to solve all problems—not only those related to health.

“I learned how to help people recognize strength that they may not recognize in themselves.”

Heavily influenced by a family history of medical professionals, Joseph Cannizzaro earned a Bachelor of Science in Biology at Fairfield University, a Jesuit university in Connecticut.  He served in the US Army Medical Service Corps.  Captain Cannizzaro completed a medical technology fellowship at Walter Reed Army Hospital in Washington, D.C. and upon completion was assigned as the medical laboratory officer of the US Army Hospital/United States Military Academy at West Point.  His assignment was highlighted by an appointment to the faculty as a cadet instructor.  The influence of a brilliant pathologist and mentor at West Point inspired him to seek his MD, which he received from the University of Bologna Medical School in Bologna, Italy.  Dr. Cannizzaro completed his internship at New Rochelle Hospital, a division of Cornell University in New York and his three-year pediatric residency in the University of Connecticut Hospital System, a Yale University affiliate.  Dr. Cannizzaro is certified by ABIHM, the American Board of Integrative Holistic Medicine.

Dr. Cannizzaro has been practicing in Central Florida for over 40 years and provides the Orlando area with its only functional-integrative pediatric practice.  Dr. Cannizzaro has always had the good fortune of loving support from his wife of over 50 years, Carol Ann, and their sons.  He enjoys gardening, four-wheeling, tennis, and restoring antique furniture.